The 20 Worst Phrases to Mention in Sales Saying the right thing at the right time can be difficult. For the most part, you don’t truly know what the “right thing” may be. Excellent sales reps usually have to prep well and be ready to read the room to decide on the best tactic for each pitch.

For most people, saying the wrong thing is generally forgivable. However, in the field of sales and marketing, there are specific phrases you should avoid unless you want your sales leads to desert you.

There are many examples of tactics of what you should be said during a sales pitch, but you should also be aware of the various lines that are big no-nos. Here are our top picks for the worst phrases to mention in sales.

In a normal conversation, people tend to use the word “like” a lot, even when it’s not used to mention examples. It’s become a filler word similar to “um.” However, it’s bad for your sales pitch because you’re using it not to express favor or similarity, but to fill gaps in what could be areas that lack clarity. It can be hard when it’s a large part of your vocabulary, so here are some tips to stop saying the word “like.”

Don’t treat the prospect as though they’re inexperienced or slow. You don’t need to lower your conversation to close out a deal. It’s better to say “Do you have any questions?”

3. “I’ll take off my sales hat and speak directly to you.”

This might be your way of making the conversation personal, but this can backfire. It might make your prospect think that you’ve been putting on an act up to this point or that you’ve been lying to them or to other people up to that point.

While you should make sure you’re not dumbing the conversation down, you should also make sure that you’re not using industry-specific jargon. Many prospects you approach will have no experience in your industry so it’s a good idea to stick to language that everyone can understand.

Making big promises like this is like grabbing a shovel and digging your own hole because when it takes more than the time you mentioned, the person may lose their cool and leave your pitch hanging.

Prospects don’t listen to your pitch as a favor. Instead, look at it from this perspective: you’re trying to help them. You have something they need, and they should be the one expressing gratitude for this. It would be better if you were to ask “Was this call helpful?” to gather feedback.

This phrase just doesn’t have enough content to it. It makes the pitch super casual, and you don’t want that. You want the perfect balance between casual and professional. Also, the person won’t feel important or prioritized because it may make you sound like you’ve “checked in” with numerous people.

Four words: This isn’t about you. Make sure that your sales pitches are about your customer or potential business partner. You might want to make things personal, but your wants don’t really matter to other people, especially in a sales pitch. So forget about what you want for a second and find out what matters to your prospect so you can deliver a pitch that’s perfect for them.

Just like with some other phrases, you could get yourself into serious trouble with this question. Asking a question that has a “yes” or “no” answer can be an easy way out for them. And, this question makes is sound as though you’re assuming that they’ll be buying or claiming your service, which may make them feel uneasy or pressured.

Even though the person you’re pitching to isn’t a solid lead, you still want to make them feel that this is a valuable conversation for them. You don’t want them to think that the time they’re spending with you is a waste. Act like it’s an opportunity for the prospect, because, after all, that’s what it truly is.

Maybe you’re a big company, but you’re no Mariah Carey. In reality, it’s likely that not everyone has heard about you. If they have, awesome. But if they haven’t, presenting your company’s credibility and achievements won’t add much to the probability of them saying yes. Instead of focusing on your brand or product, focus on providing a solution to their unique problem.

This puts a negative tone to your sales pitch right away. Your apology and the nature of “bother” might already make them think that they are being inconvenienced. Stand up and make your voice commanding. Like a person who just climbed the highest point of Mt. Everest. Be confident that whatever you’re selling will make their life better.

13. “I thought you might be the right person to connect with.”

Not just to save everyone’s time and effort, but to be honest, all your sales pitches should be presented to the right person. This presents more as poor preparation on your part and less as complimenting the person you’re pitching.

Again, giving them an opt-out in the sales pitch is you shutting the door in your own face. You can improve your position by presenting the strong points of your product or service. Make them tell you what they want and not vice-versa.

Make the call really worthwhile. You’ve already got them listening, so you got to put your best foot forward and think that you’re going to close them right away. This is another phrase you should avoid because it presents the prospect with an opportunity to say “no” there and then.

This phrase immediately throws all your preparation out the window. To a person, this sounds aggressive and desperate. Try using the phrase, “What’s holding you back?” as it opens up a dialogue for you to talk about what the prospect wants in order to close the deal.

The sales pitch or call itself says outright that you’re selling something to them. Don’t make yourself a liar by starting out this way. You’re bound to present a product or service that can help them. Don’t shade the truth; simply acknowledge that you’re there to provide an opportunity!

For you? Maybe. That’s because you’ve studied and prepared for this pitch for a long time. But to other people, they can only grasp what you tell them at that moment. You should prepare a comprehensive and digestible sales pitch so that you won’t overwhelm your prospects and kill your chances of success.

This is going to make you look bad, and the person you’re talking to feel bad. There are no wins in this phrase. If they aren’t the decision-maker, it’ll make them feel less important, and if they are the one with final say, they’ll feel insulted that you didn’t already know that. It’s like saying that their opinion regarding the sales pitch doesn’t matter if they’re not the person who makes the final decision. Isn’t that rude?

Overall, sales pitches should be about the buyer’s problems and how you can provide a solution to them. This phrase holds true in all aspects of sales, whether you’re a B2B SaaS company or fresh fruit salesman. If the phrase you’re going to use might damage anyone or anything, then you probably shouldn’t mention it at all.

So the next time you’re about to pitch to a prospect, remember to review this list so you can increase the chances of them sticking around through your closing statement.

Stop making these unforgivable mistakes and start closing your sales leads like a boss! Get a copy of our FREE whitepaper today! 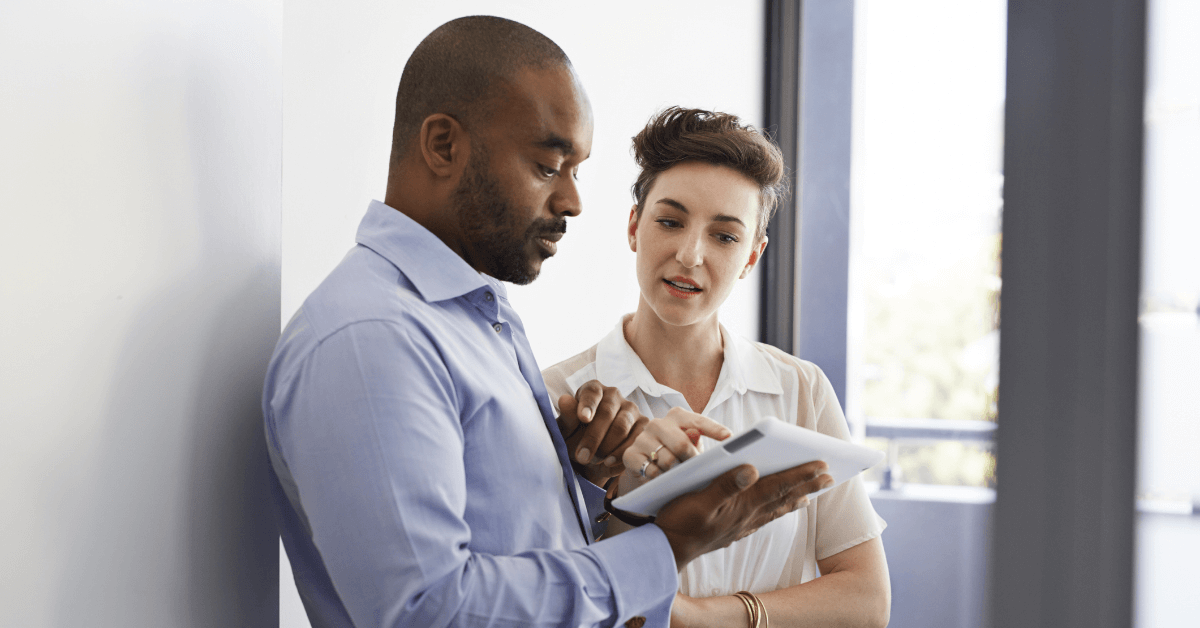 Not getting enough B2B leads? Or perhaps you’re struggling to convert your… Email, when done correctly, is one of the most effective ways for…

Get the latest content from DemandScience in your inbox.

Thank you for subscribing.
Previous Article What Makes the Perfect Salesperson?
Next Article How to Nurture New Leads Down the Sales Funnel

Not getting enough B2B leads? Or perhaps you’re struggling to convert your email prospects? Find out how you…

Even the best B2B lead generation efforts are wasted if your lead data is a mess. This article… To lead more users to your products, you need to create a showstopping landing page. To do this,… How To Go Global Using a Business Database

Have a database that's compiled of domestic leads but want to take your business global? You are not…

We use cookies on our website to give you the most relevant experience by remembering your preferences and repeat visits. By clicking “Accept All”, you consent to the use of ALL the cookies. However, you may visit "Cookie Settings" to provide a controlled consent.
Cookie SettingsAccept All
Manage consent

This website uses cookies to improve your experience while you navigate through the website. Out of these, the cookies that are categorized as necessary are stored on your browser as they are essential for the working of basic functionalities of the website. We also use third-party cookies that help us analyze and understand how you use this website. These cookies will be stored in your browser only with your consent. You also have the option to opt-out of these cookies. But opting out of some of these cookies may affect your browsing experience.
Necessary Always Enabled
Necessary cookies are absolutely essential for the website to function properly. These cookies ensure basic functionalities and security features of the website, anonymously.
Functional
Functional cookies help to perform certain functionalities like sharing the content of the website on social media platforms, collect feedbacks, and other third-party features.
Performance
Performance cookies are used to understand and analyze the key performance indexes of the website which helps in delivering a better user experience for the visitors.
Analytics
Analytical cookies are used to understand how visitors interact with the website. These cookies help provide information on metrics the number of visitors, bounce rate, traffic source, etc.
Advertisement
Advertisement cookies are used to provide visitors with relevant ads and marketing campaigns. These cookies track visitors across websites and collect information to provide customized ads.
Others
Other uncategorized cookies are those that are being analyzed and have not been classified into a category as yet.
SAVE & ACCEPT